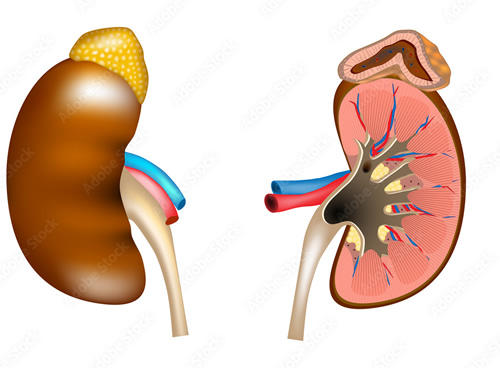 The adrenal glands, which are small triangular glands on the top of each kidney, produce hormones such as cortisol, aldosterone, epinephrine and norepinephrine. These hormones help regulate various body functions, including metabolism, blood pressure, the immune system, and how the body responds to stress, among others.

Adrenal gland procedures may be necessary when something goes wrong with the adrenal glands. Usually this is caused by the glands not producing enough of a certain hormone (adrenal insufficiency), or producing too much of it (overactive adrenal glands). Addison’s disease and Cushing’s disease are two more common adrenal gland disorders. Rarely, adrenal gland cancer or benign tumors called pheochromocytomas can occur.

For hormonal imbalances not caused by tumors, hormone treatments are used to replace hormones or regulate hormone production. Adrenal gland procedures for benign or cancerous tumors may include surgery or radiation. If the adrenal gland itself needs to be removed, your surgeon may recommend a surgery called a laparoscopic adrenalectomy, which is a minimally invasive approach to adrenal gland removal that has a faster recovery time than a traditional open-surgery adrenalectomy.